How to Recycle Food Waste at Home?

Even people who have made a commitment to recycling are often uncertain about what to do with their food waste. But food can be recycled just as efficiently as plastic or aluminum, and with a little research you can learn how to do it right in your own home.

Composting is the primary method of food recycling, and if we practice it religiously we can return a significant portion of the nutrients we waste back to the Earth, where they can do so much good for plants, animals and people.

What is food waste?

Ideally, we would like to eat all the food we purchase and prepare. But there is inevitably a certain amount that will be discarded, either because we leave it on our plates or because it spoils, decays, or is otherwise damaged or ruined before we get the chance to eat it.

The food we waste at home is obvious, but it is only the final source of food waste. Food is wasted in massive quantities at each step of the food chain:

Anywhere that food is produced or handled, some of it is bound to be lost, ruined or thrown away, even before it makes its way into our shopping carts, cupboards and refrigerators [1].

On a global basis, at least one-third of all the food we produce (1.3 billion tons) goes to waste [2]. In wealthy countries about 40 percent of food purchased ends up being discarded, and virtually all of this wasted food can conceivably be recycled [3].

Why do households waste food?

No one sets out to waste food. But impulsive shopping habits, sloppy storage practices, inefficient meal planning, shortsighted preparation strategies and a general lack of attention to detail can undermine our best intentions, and the result is often profligate food waste.

In short, people waste food because they don’t create a sensible plan to reduce food waste, or to make sure they purchase only what they need and no more.

Why should we recycle food waste?

Recycling is one of the three R’s which define a sustainable lifestyle (the other R’s being reusing and reducing). In order to ensure we do our bit to reduce the effects of climate change and global warming, we need encourage small recycling habits at home.

One of these small habits, that actually requires very little effort or input, is recycling our leftover foods and food waste. Doing this has the potential to drastically reduce the volume of garbage going to landfill, and can also save us money (as it can replace some things like a fertilizer and compost which have to be bought otherwise). 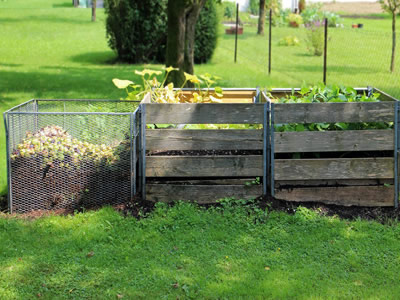 Even though, recycling of food waste does not directly reduce food waste, it can at least redeem our bad habits and prevent valuable nutrients from being lost forever.

The benefits of recycling food waste include:

What happens to recycled food?

When organic matter is stored in a compost pile or bin, it will be colonized by a multitude of beneficial microorganisms, including bacteria, fungi, actinomycetes and protozoa [7].

These creatures process and digest the organic matter as a source of energy, releasing nitrogen, sulfur and phosphorus as byproducts [8]. Plants rely on these nutrients to grow healthy and strong, and this is what gives compost its soil-regenerating capacity. 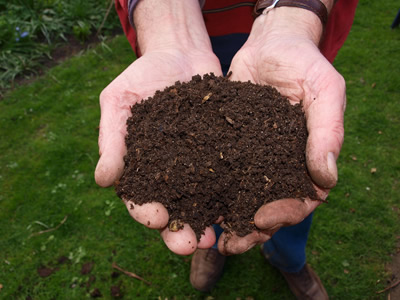 In addition to microbes, larger life forms including worms, snails, beetles, centipedes, ants, sow bugs and mites can also survive quite nicely in the midst of decaying organic matter, and their vigorous activity helps breaks up compost so oxygen can filter through it to fuel continued decomposition [9].

After about three months, the composting process should be complete. What will be left behind is dark, nutrient-rich humus, which is entirely composed of organic matter despite its soil-like appearance [10].

What can you do to reduce your food waste and save money? It’s simple. There are three easy ways to recycle food waste.

Composting is probably the most popular method of home food recycling, and involves controlling the decomposition process of food waste to ensure that it is turned into useful and reusable products [4].

You can compost in a number of ways.

One is to participate in local composting initiatives, putting your food waste into plastic bins you buy yourself or that are provided by local governments or the recycling companies they contract.

If your community currently has no such program, you should call city hall and ask why not, and if they have no plans to undertake organic recycling any time soon you should start a petition to encourage them to change their minds.

As a second alternative, you can build or purchase your own compost bin at home, and begin adding your food scraps to it starting right away.

You can find instructions on how to compost correctly in many places, and you’ll be delighted to discover that it is incredibly easy to make your own nutrient-rich humus at home [11].

Using a worm farm to recycle your food scraps is similar to composting, but involves the addition of earth-worms to the composting system. This is done via a specialised ‘worm-farm’, which can be purchased online or from any home improvement or garden store. 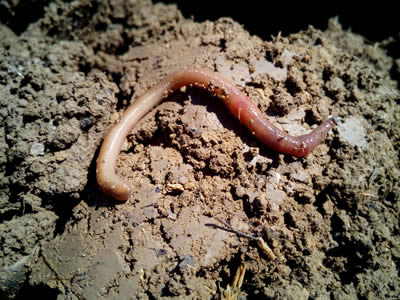 The worms will break down any of your food waste and other organic matter into fertile compost which you can reuse on your garden. They are extremely efficient, being able to eat and process their own body weight every single day [5].

They are also a good option for people with limited space or who don’t have a garden, as they can easily be put into a corner or in the basement.

If you have unused food which is still in good condition, then you could consider donating it to your local food bank or to a homeless shelter rather than throwing it away.

A simple action like this has two benefits: not only does it reduce landfill mass, but it also provides cheap, accessible food for the homeless and for other people who would be unable to afford good nutrition otherwise [6].

How can we reduce food waste?

Much of the food we waste can be recycled, and that is a good thing.

But if we, as a society and as individuals, could find ways to reduce the amount of food we waste, it would benefit us even more than recycling.

If we were wasting less we could get by with less, and that would mean:

Would you like to cut down on the amount of food waste? Here are some tips that can help you make it happen:

Greentumble was founded in the summer of 2015 by us, Sara and Ovi. We are a couple of environmentalists who seek inspiration for life in simple values based on our love for nature. Our goal is to inspire people to change their attitudes and behaviors toward a more sustainable life. Read more about us.

While heavy machinery keeps spraying #monocrops with #pesticides and #fertilizers, millions of #family #farmers are applying agroecological approaches to redress those impacts and revive #rural areas. What is the key to their success?
🔎https://t.co/179Z5AnYTw pic.twitter.com/Qw7hXuBBQK